Copyright law resembles a lake that receives many rivers, and tributaries. As a consequence it is turbulent and uncertain. Streams of law and the arts often roil and mix to muddy the waters. Four currents in the analogy are the theories of fairness, personality, welfare, and culture.

One aspect of welfare theory is the contention that protection for authors is superfluous if they are driven to create without it. In other words, no incentive to creation is required; artists, writers, and programmers will go ahead and produce work that can then be appropriated without consequence. What does this reveal about attitudes towards those who try to create?

Firstly it seems counterintuitive. Creativity can be described as "the engine of any progress in culture, science and education, likewise in the economical or industrial domain." 1 If it is valued, protecting whatever is produced would seem rational on the basis it helps defend an author's ability to establish an income, and hence increase the probability of continued creativity. If artists are not starving, they can invest time and a proportion of their earnings in new works. If some would deny authors the benefit of copyright, what other benefits could they be expected to forego? A Latvian man living in Britain told me about life under Communism in his former home. He explained a system under which people were coerced to create rather than rewarded for their works. This is an example of welfare theory taken to its extremity. It is intellectual labour at gunpoint. B. F. Skinner's research in operant conditioning made it certain that rewards work better than punishment. There are implications for both fairness and personality theories, but it is the latter that will mainly be explored.

Intellectual property rights started to take shape after the Reformation. In Europe

…there was movement from the medieval conception of the artist as an anonymous contributor to public expressions of God's glory. In England especially, the author began gradually to step into public sight… ²

Individualism and the concept of private property rights debut alongside the printing press. ³ There was an expressive explosion. It seems incongruous that personality theory is a mere aside in some of the legal systems that evolved from these events.

Neither Britain nor America observe moral rights to the extent civil law countries do. 4 The 1994 case of Turner Entertainment Co. v. Huston creates an insight into how these rights are applied. In the circumstances of the case the broadcast in France of a colourised version of Huston's noir classic The Asphalt Jungle was subject to an injunction:

The judges… pointed out that the aesthetic conception which earned John HUSTON his great fame is based on the interplay of black and white… he expressed himself clearly… when stating, "I wanted to shoot it in black and white like a sculptor chooses to work in clay, to pour his work in bronze, to sculpt in marble". 5

The judgement illustrates respect for the creative process, and the choices of authors. The determination to colourise in the first place without regard for the director’s vision demonstrates the will to exploit a prospective commercial opportunity.

Similarly in the fair use case Cariou v. Prince, 2013, the justices took notice of the high dollar value of sales of the transformed work in relation to the original to support their judgement. 6 It was a mark of the degree of transformation of the work redolent of an indication of Protestant ethic predestination.

So what evidence of moral rights can be discerned from the rules of United States copyright law? It is actually articulated to an extent in 17 U.S. Code S106A ‐ Rights of certain authors to attribution and integrity. This statute provides, for example, that a plaintiff "shall have the right to prevent the use of his or her name as the author of the work of visual art in the event of a distortion, mutilation, or other modification of the work which would be prejudicial to his or her honor or reputation." The The Visual Artists Rights Act of 1990 has the intent to help a plaintiff assert moral rather than just economic rights. 7 However, as stated above, being able to extract economic benefit from work is fundamentally significant in ensuring the continuity of creative activity. Hence, there is some compatibility between the fairness and personality theories. They are both concerned with the author's welfare, and in turn this benefits the society by increasing the probability of further creation.

It can therefore be argued that many rules of U.S. copyright law reflect the moral right of authors to benefit from their work, and perhaps none more than time limits. Life of the author plus 70 years is generous, and that magnanimous intent has been evident whenever Congress has amended these periods ‐ they have consistently extended them. The original term of 14 years is meagre even in view of life expectancy in the late eighteenth century. Notwithstanding that many beneficiaries of long duration are corporate entities, there is clear evidence of the respect for authors. Personality theory perfects the law when it is applied to preserving an author's signature of creativity, but should it fall short of reverence?

In common law jurisdictions there is a distinct tradition of irreverence that can serve to advance the culture. It is noble to observe the wishes of authors and to listen to their reasons for one creative choice or another, but cultures also need the space to evolve. That can mean that works once considered sacrosanct become the subject of fair use. One example is parody, as exemplified in the 1994 Supreme Court case of Campbell v. Acuff-Rose Music. Justice Souter delivering the opinion of the court made a statement that can be construed as showing respect for the work of an original author if his work is borrowed:

If… the commentary has no critical bearing on the substance or style of the original composition, which the alleged infringer merely uses to get attention or to avoid the drudgery in working up something fresh, the claim to fairness in borrowing from another's work diminishes accordingly… 8

There has to be some tangible critical element. It is not permissible to simply use an existing work to avoid formulating a new one. There has to be "critical wit" that justifies use of the original. 9 There is intent to protect original work but also to protect the moral rights of artists to produce new works in the public interest. There are conflicting moral rights and the judiciary often has a tightrope to walk in balancing them.

Personality theory may make its most subtle appearance in the concept of aesthetic neutrality. In the 1903 case of Bleistein v. Donaldson Lithographing, Justice Holmes expressed the rationale:

It would be a dangerous undertaking for persons trained only to the law to constitute themselves final judges of the worth of pictorial illustrations, outside of the narrowest and most obvious limits. At the one extreme, some works of genius would be sure to miss appreciation. Their very novelty would make them repulsive until the public had learned the new language in which their author spoke. 10

Few more eloquent statements could be made in defence of artistic freedom, particularly as it applies to the possibility of future appreciation of a work. How many films are released to condemnation only to find an audience and praise later? One notable example is David Lynch's 1986 film Blue Velvet. Critically dismissed on theatrical release, it has gone on to earn cult status. Authors, the court holds, can publish and display work while not enduring official prejudice concerning taste or perceptions of merit. This is analogous to the moral right to be subjected to only reasonable, not excessive, criticism. 11

In conclusion, intellectual property rights are extremely important to authors and inventors, just as creativity and innovation are crucial to all societies. There is an element of reciprocity as one must seek to protect the other: Authors in trying to advance the culture in the interests of humanity; the people, via the agency of the state, to protect those who take the risk to create. It is an imperfect system that accurately reflects an imperfect world. While the waters may be rough, they can be navigated. As time goes on the charts inevitably get better. 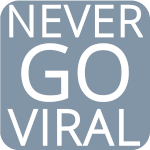