Spine Film is a micro-studio that produced a series of short films in 2016. The most successful of these was: 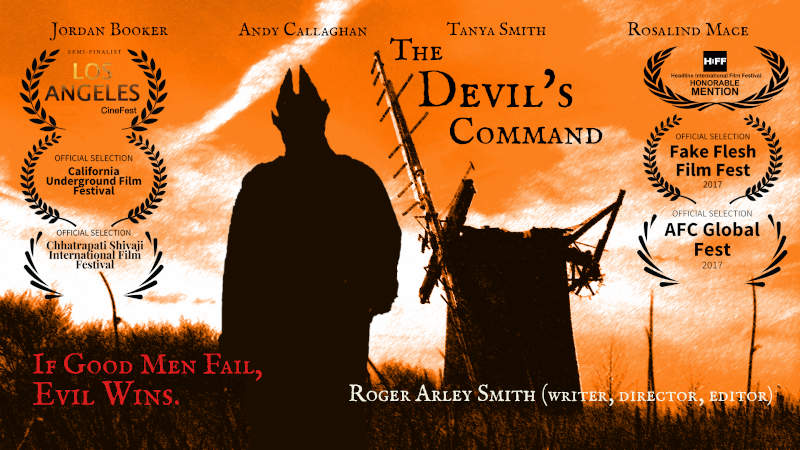 An underdog story about courage, resolve, and self‐sacrifice, it was accepted into six festivals, reaching a semi‐final, and receiving one award. It is a no‐budget supernatural thriller that was shot with two Mini-DV camcorders.

Spine Film productions are intended to be critical of British culture because that content usually presents the country's social inequalities and divisions as permanent facts of life. Instead, our guiding ideal is that all children are created equal. At birth a child's life is ahead of him or her. It could be characterised by accomplishment, courage, scholarship, or invention. It may bring other positive benefits to a community, or the world. That life will be carelessly wasted if the child’s potential is ignored. If artificial barriers are removed children can mature to make the best contribution possible. Then the whole society wins.

When a child is born its future is an empty file. This is why royal or aristocratic titles are deceptive. The children of those families are supposed to be favoured from day one. It is implied that they are automatically better than other children. There is one smooth track for their guaranteed advantage, but a different journey for those who are excluded. Family and connection are valued more than effort and achievement. If you believe in equality of opportunity for all children please join Spine Film in working towards a Britain free of the segregation and injustice perpetuated by hereditary titles. It is a bad example. The British people are better than that because everyone is.

If being born is the only qualification to having a title we are all at liberty to call ourselves princes or princesses, lords or ladies, even supreme barons of the high universe for all it matters. These titles are equally ridiculous unless people are systematically conditioned to take them seriously. It's better to be discerning about who deserves respect. Some people inherit advantage. Does that require talent, honour, or any other particular virtue? These people expect to be treated as exceptional for what is an increasingly ordinary event in an over‐populated world. They expect applause for being brought into existence. There are better reasons to value people than their family line.

It is a fact that having a production budget can improve the quality of a film. Having a promotions budget can increase the chances it will be seen. This website is therefore inevitably an invitation for you to get involved with Spine Film's efforts. Here are three ways to help: